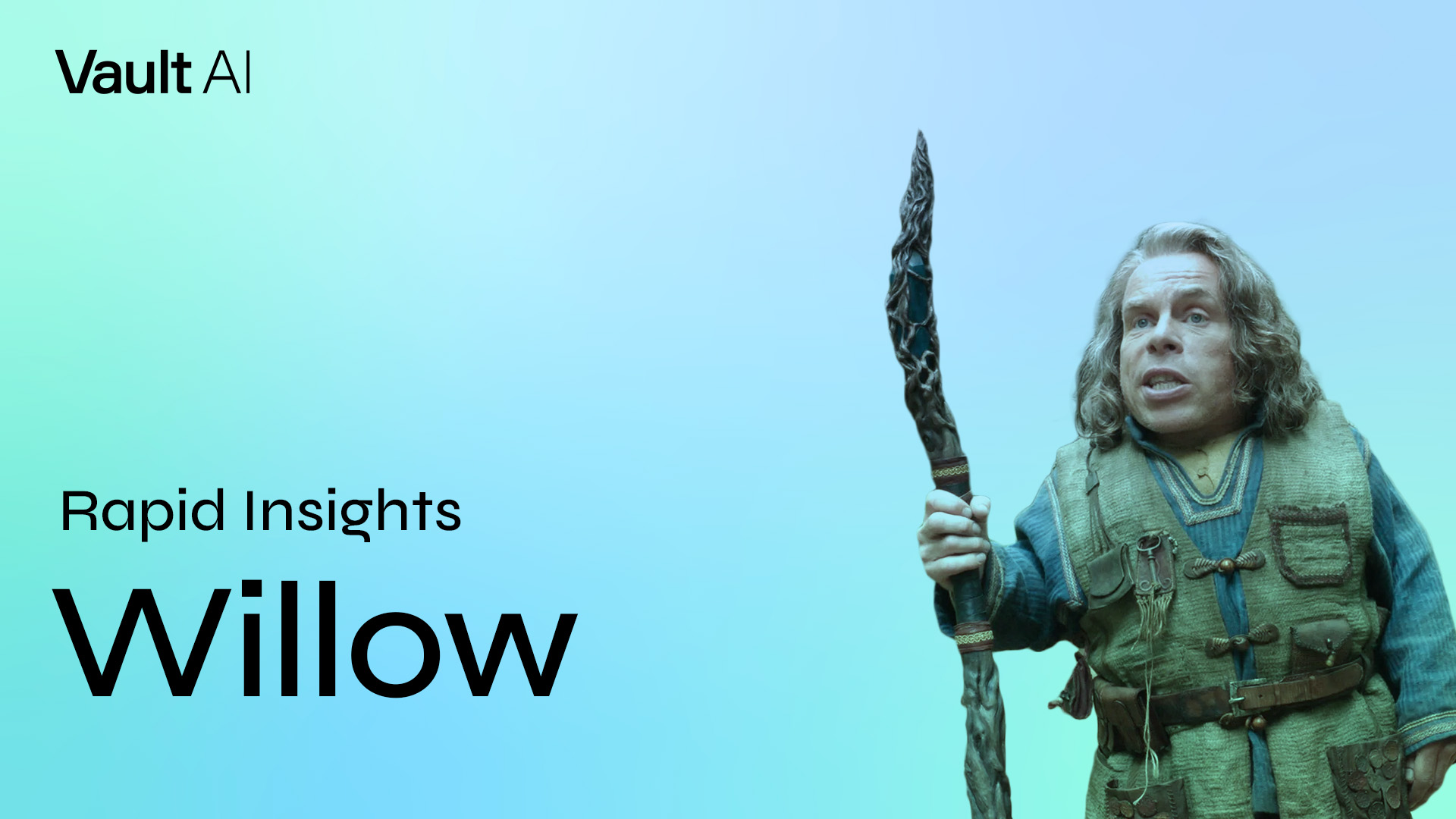 Later this month, Disney+ will release a long-awaited, series-length sequel to its 1988 cult classic hit Willow, and fans of the original film could not be more excited–especially as lead Warwick Davis will be reprising his role as the titular magician. This epic fantasy adventure series will pick up the story many years after the saga’s first installment, dropping back in on the protagonist–now older, wiser, and a fully-fledged sorcerer–as he leads an unlikely group of heroes on a dangerous quest to rescue a prince. Here’s what you need to know about Willow:

How will Willow fit in among other recent fantasy series?
It will land younger and be a bit more gender-balanced. Where other recent successes in the medieval epic realm, such as Lord of the Rings, House of the Dragon, and The Witcher, have leaned into the stereotypical fantasy fanbase of older men (54-56% male / 63-64% aged 30+), Willow is predicted to lure in a few more women and play less heavily to the older crowd (52% male / 57% aged 30+).

What kind of viewing experience will best draw in audiences?
An emotional one. Willow scores very highly across a wide range of sentiments, including Joy (138), Anticipation (138), Sadness (138), Love (133), Disapproval (133), and Grief (123), and all are key components of the show’s expected ratings. This wide-ranging tonal approach will take viewers on a deeply moving journey of highs and lows right alongside the main characters.

What’s the most compelling aspect of the plot?
A Dangerous Mission (160) set in an enchanted kingdom. Story-wise, audiences will primarily tune in to see the show’s perilous central quest, undertaken by a motley group of underdogs and unlikely heroes. The Bravery (140) and courage they must demonstrate as they engage in the epic Good vs. Evil (137) battle that’s a hallmark of the genre—in this case, with evil represented by a wicked queen and her supporting forces of darkness—and the surrounding backdrop of Myth & Fantasy (133) and mystical creatures will together prove to be a powerful draw.

What about this unlikely group of heroes?
They’ll help push the show into a second season. Longevity for Willow will primarily be driven by the Friendship (127) and Team-Up (114) of its six central characters, especially between the titular Nelwyn sorcerer and newcomer princess Kit, as well as their collectively potent desires for interpersonal relationships, Romance (127), Social Contact (124), and Family (115).

How important is the original Willow movie to the success of its follow-up series?Very. The 1988 film is a well-loved cult classic, and this original IP Extension (124) – ranked as Outstanding just behind the top 5 ratings drivers – will drive up ratings for the follow-up series significantly. The same goes for Willow’s comps that also have baked-in IP Extensions (The Lord of the Rings, 113; House of the Dragon, 114) as well as comps that are Based on a familiar Book (The Witcher, 114, The Wheel of Time, 117). Bringing this beloved film back to life will have nostalgic viewers on the edge of their seats, popcorn in hand.