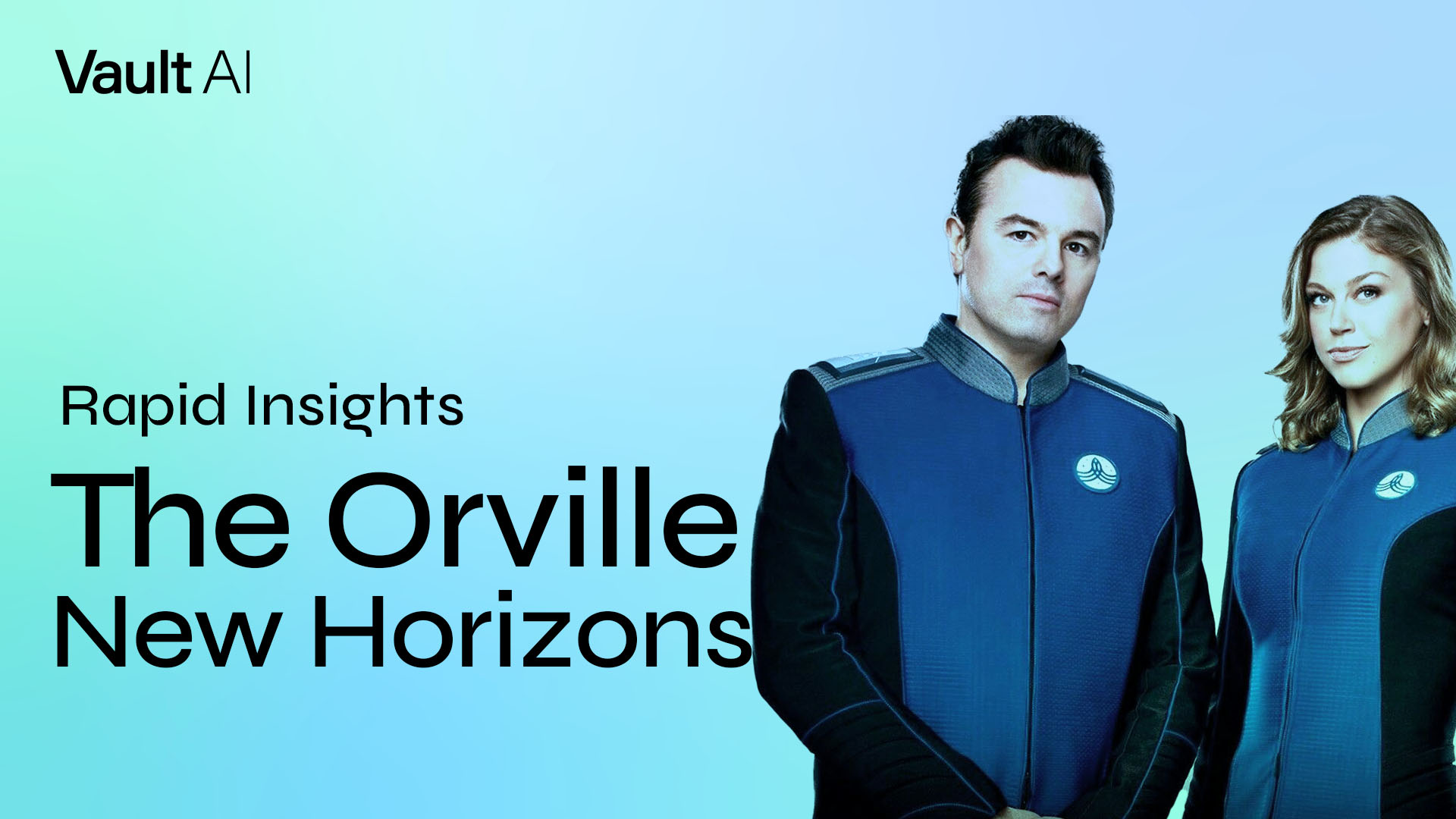 After two seasons on broadcast, creator Seth MacFarlane and the FOX network jointly collaborated to morph the popular live-action space comedy into a streaming-only Hulu Original. The show’s upcoming third season reunites the same cast and crew for another round of epic adventures, but this time ramps up the storytelling to take advantage of the additional flexibility offered by streaming. Here’s what you need to know about The Orville: New Horizons:

How will The Orville’s audience shift in the move from FOX to Hulu exclusive?
It will trend younger and even more male. Audience predictions show a transition to 66% male/34% <30 viewership from the series’ original linear broadcast predictions of 57% male and 18% <35.

Are viewers excited about its transition to streaming?
Somewhat. The release of the new S3 trailer–which highlighted the show’s action-adventure side, in contrast to S1’s comedy-first positioning–did cause a spike in online activity (114), but social tracking has been a bit sluggish since then. However, there is still time for the metric to jump ahead of its June 2 premiere.

What story concepts worked well for the first season of The Orville?
The comedy and its motley crew. Viewers loved the show’s Satirical Humor (132) that lovingly parodies the sci-fi genre as well as the Co-Worker Relationships (143) and Unlikely Friendships (137) formed between the disparate individuals running The Orville, with Seth MacFarlane’s charismatic Captain Mercer Leading the Way (152).

What emotional hook best inspired the early buzz about the show?
The crew’s emerging bonds. The Admiration (136) and Trust (131) they developed throughout the season, both for each other and particularly for Captain Mercer’s leadership, were closely linked to S1’s social buzz.

Which aspect of the show will best take advantage of its new streaming home?
Its Distinctly Realized World (148). The unique, futuristic, fleshed-out universe in which The Orville takes place is the #1 driver for its bingeability and could help onboard new viewers to the series. The characteristic worlds of Star Trek and Star Wars play a similar role for the most recent shows within those franchises (Star Trek: Strange New Worlds, Obi-Wan Kenobi).