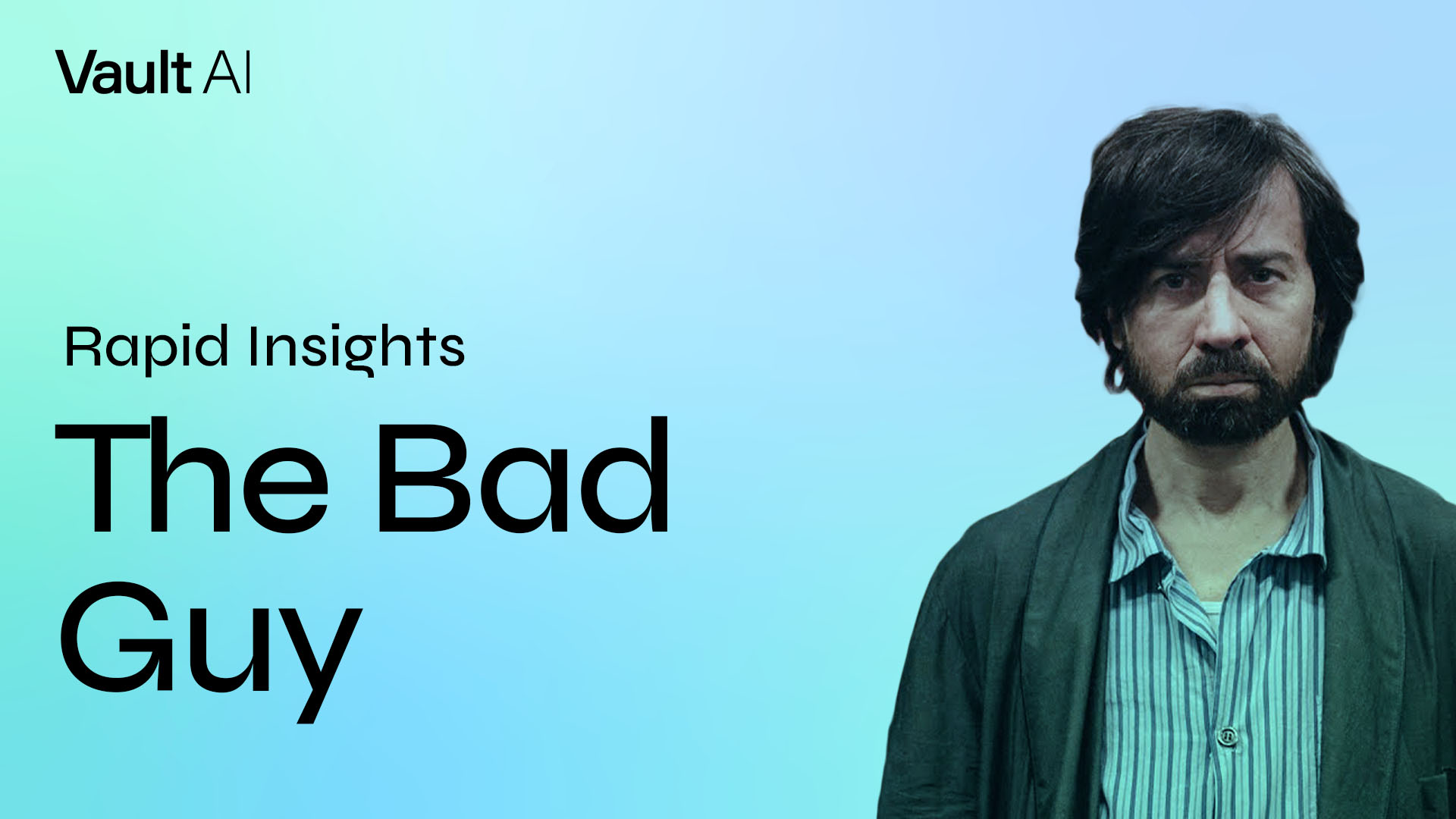 Vault recently acquired a number of international data sets to round out our global market capabilities, and in honor of this new expansion, this week we wanted to spotlight an intriguing new Italian dramedy releasing worldwide Thursday on Amazon Prime. Arising from the streamer’s recent local production ramp-up in the country, the series revolves around a staunchly anti-Mafia Sicilian prosecutor named Nino Scotellaro who finds himself wrongfully convicted of working for the very criminal organization he despises. Here’s what you need to know about The Bad Guy:

Who in the US will be tuning in for this new series?
For the show’s American debut, we’re predicting a heavily male audience (65%) that leans older (57% aged 30+), a profile nearly identical to the streaming viewership of similar pitch-black, male-led dramedies The Boys and Barry.

What type of show is The Bad Guy?
A gritty cocktail with a twist of dark humor. The series starts with a Crime (133) Thriller (110) base derived from its Mafia milieu, adds flavors of Action (114) and Western (122) pulled from its protagonist’s thirst for revenge, and finishes it off with a hint of Comedy (92) squeezed from his increasingly questionable decisions as his vengeance snowballs.

What will draw in American viewers?
Scotellaro’s Machiavellian plot. The protagonist’s decision to Seeka complicated yet satisfying Revenge (146)against those who falsely accused him, a risky path that places his Life in Danger (123), is the top driver of interest among US audiences and generates a compelling sense of suspense and intrigue. The show’s localized depiction of the Sicilian Mafia (Criminal Organization, 142) also stands out domestically.

Which aspect of the show will appeal in its native Italy?
Scotellaro’s reversal of fortune. While, like Americans, Italians will be drawn to the show’s Mafia aspects and its protagonist’s revenge plot, they’re also uniquely pulled toward the lawyer’s Life-Changing Decision (127) that will alter his trajectory and sink him ever farther into moral ambiguity. After the wrongful guilty verdict costs him everything he has, Scotellaro decides to transform from upstanding public prosecutor into the very type of ‘bad guy’ he once pursued.

What could help The Bad Guy land a second season?
Its unique viewpoint. The show is narrated from The Accused’s POV (129), providing the audience with an intimate look at Scotellaro’s perspective as a once-esteemed lawyer now reviled as a falsely-convicted felon. This narrative choice allows viewers to connect with the show’s protagonist and provides fodder for his continuing story. At the same time, the Action & Violence (129) that undergirds his storyline will help keep the series’ predominantly male audiences interested for future seasons.