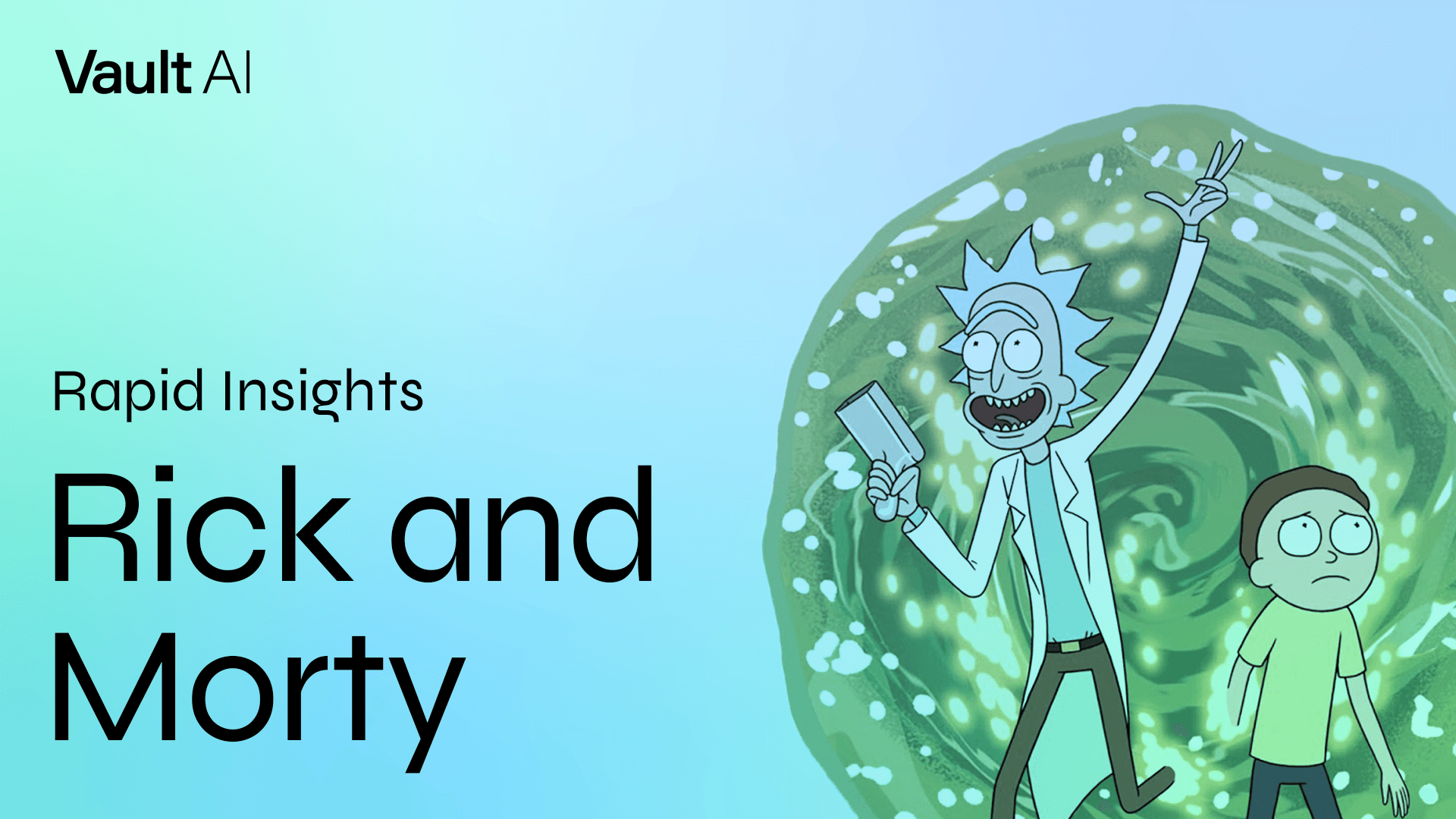 Adult Swim’s mega-popular animated sci-fi comedy has delighted audiences since 2013 with laugh-out-loud sci-fi adventures of traveling the multiverse. With the series returning this week for its long-awaited sixth season, we’re looking back at season one to explore what made this show such a stand-out success. Here’s what you need to know about Rick and Morty:

Who are the fans of this series?
A broad cross-section of men ages 18-54. The overall Rick and Morty audience leans slightly male (57%) and older (57% M35+), though 22% of viewers are ages 18-34.  The audience is very similar to South Park and Solar Opposites, while younger than Archer and more male-skewing than both Family Guy and American Dad!.

What has made Rick and Morty such a stand-out success?
Unpredictable sci-fi adventures, clever referential comedy, and relatable family themes. The show’s Pop Culture References (140) and zany Over-the-Top Humor (138) quickly established its comedic bona fides to engage adult animation fans.  Though the blending of relatable themes including Multigenerational (138) Family Relationships (130) and Disagreements (134) with unpredictable and creative Space Settings (131) is uniquely important for the series. These themes make the universe-hopping, time-traveling escapades of the titular pair amp up the show’s sense of Adventure (126) and keeps every episode feeling creatively fresh.

Why is the series so popular internationally?
The family dynamics. While the show’s culturally-relevant comedy is the big draw in the US, its American sense of humor is not as relatable to viewers overseas. Instead, international markets are attracted to the relatable relationships between Rick, his grandson Morty, and the rest of their quirky kin.