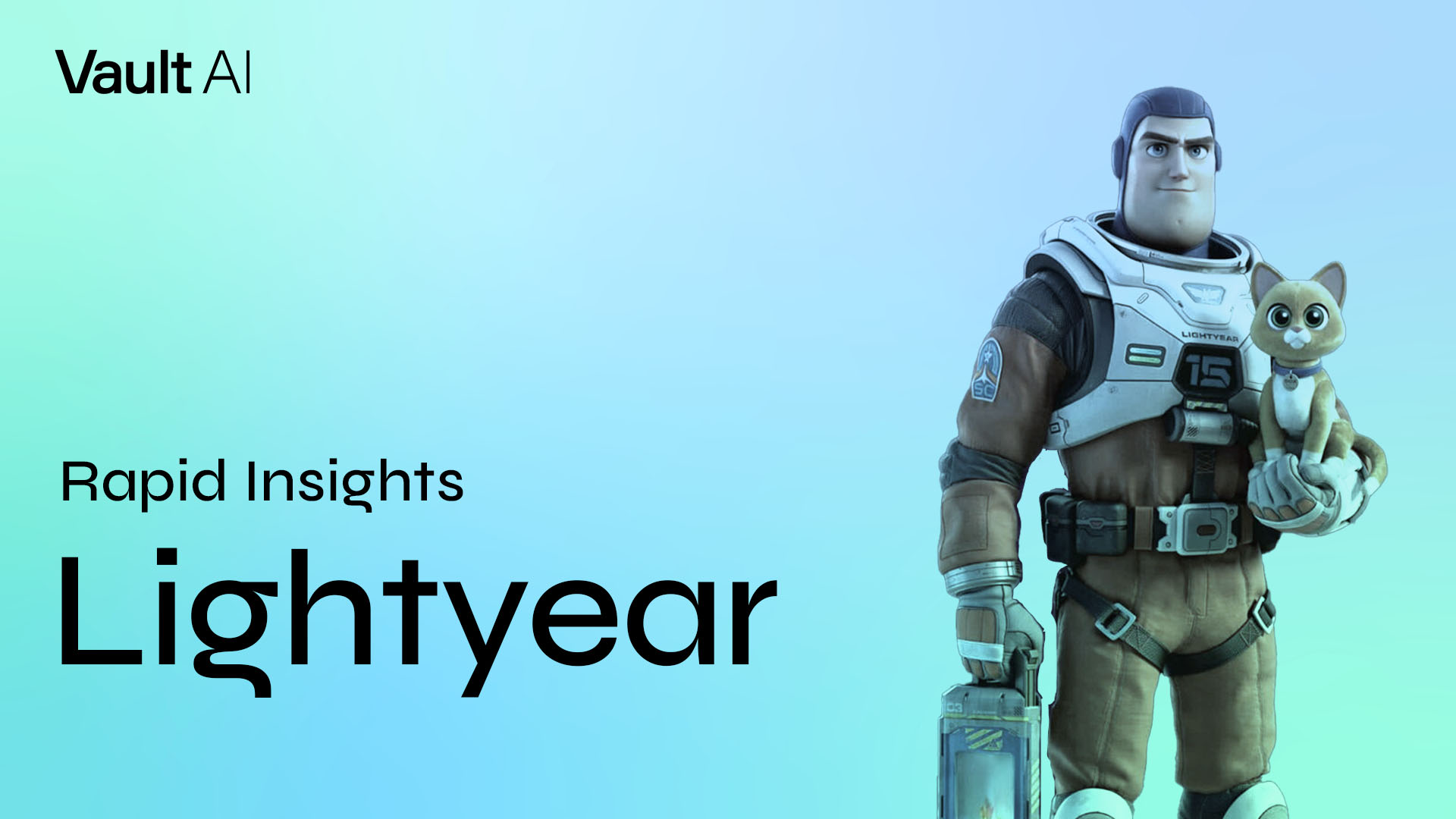 Disney Pixar’s newest animated feature releases this weekend only in theaters and is already receiving the brand’s expected high level of critical acclaim. The film is a prequel of sorts to Toy Story, depicting the adventures of the (fictional) human astronaut, voiced by Chris Evans, that inspired young Andy’s beloved Buzz Lightyear action figure. Here’s what you need to know about Lightyear:

What audiences will be most excited for this film?
Kids and teens. In keeping with Pixar’s previous outings, both boys and girls under 18 connect most with the film’s central themes (‘Outstanding’ at 124).  That said, when compared to Toy Story 4 (2019), Lightyear’s story has the ability to attract more men 18-44 (120 vs 108).

What story hook will bring in the widest array of viewers?
The hero’s journey. Whereas the original Toy Story films highlighted the buddy comedy between Woody and Buzz, Lightyear centers on the heroic efforts of Buzz after being marooned on a far-away planet. Buzz and his crew’s Journey Home (152) promises a rousing sci-fi adventure, and comes to life when our heroes engage in a Humans vs. Monsters (118) conflict against the evil alien Emperor Zurg.

What else is appealing to younger viewers in addition to Buzz’s mission?
An adorable robot cat. In keeping with Disney’s tradition of cute animal sidekicks, Lightyear introduces the Anthropomorphic Cat (118) Sox as a companion to the titular astronaut. A major source of silly comedy, Sox appeals to kids, teens and 18-34’s, though he will likely prove less popular among adults 35+.