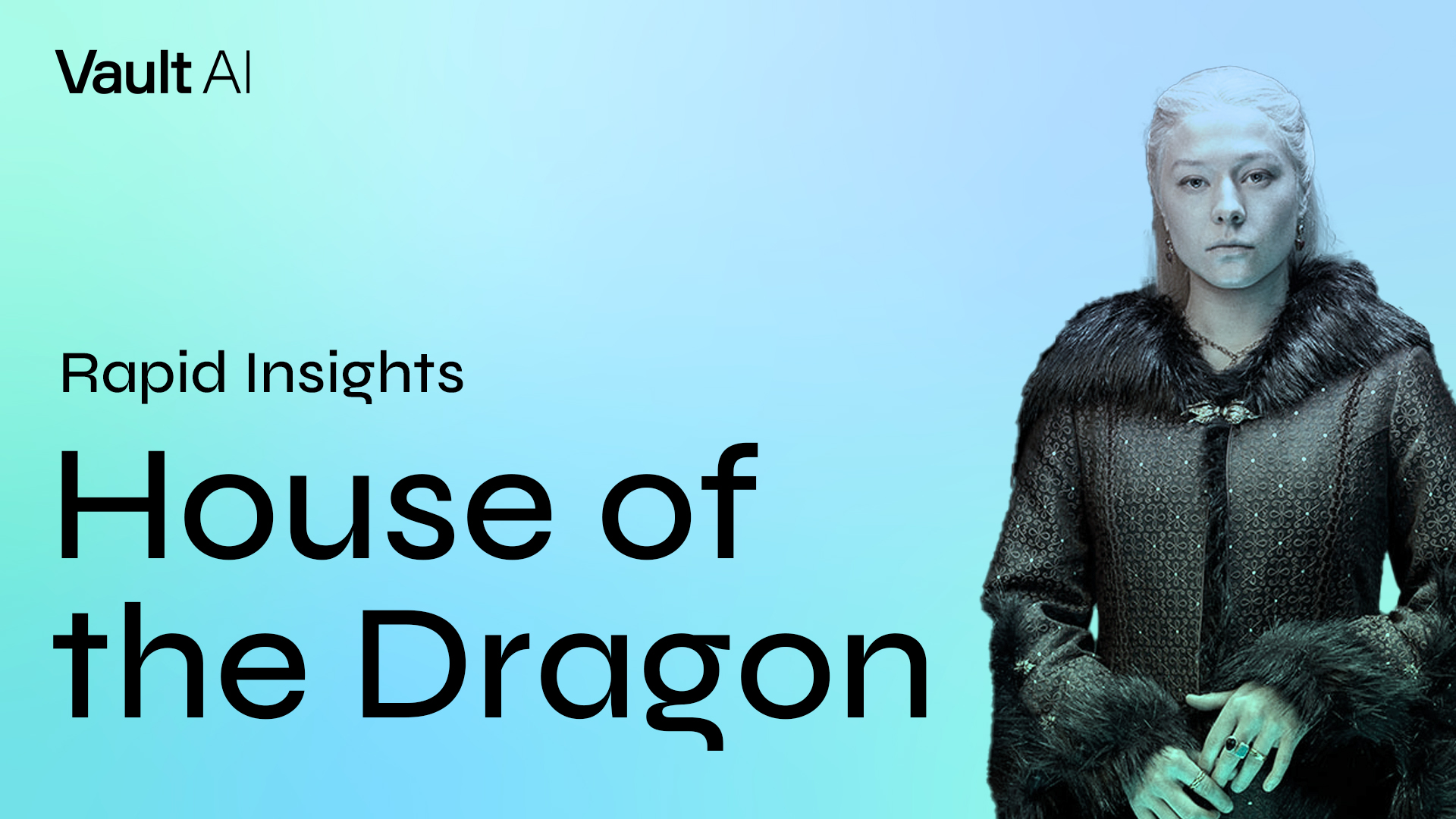 Will the House of the Dragon audience mirror that of Game of Thrones?
Indeed. Dragon is predicted to lean male (56%), with the linear HBO broadcast skewing heavily older (89% 35+) and HBOMax contributing a slightly younger audience (36% <30). This viewer profile mirrors Game of Thrones almost exactly (as well as fellow medieval fantasy dramas The Witcher and the upcoming Lord of the Rings: The Rings of Power).

Are fans excited for this new spin-off?
Oh yeah. Social tracking maxed out our scale (of 160) with each trailer drop and has been heightened since the end of July as viewers anticipate this Sunday’s premiere.

How will Dragon differentiate itself from its predecessor?
By concentrating its scope. Instead of mirroring Game of Thrones’ wide-reaching Multiple Storylines (127) that followed characters and action across kingdoms, factions, and continents, Dragon will spotlight the heightenedFamily Conflict (136) within a single Extended Clan (129). This sharper focus will be its most crucial ratings driver as well as a key factor in its longevity.

What else will help boost the show’s ratings?
The titular dragons. Beyond the obviously Popular IP (114), Daenerys’ “children” were a highlight in Game of Thrones and the Myth & Fantasy (113) of her ancestors’ magical beasts will similarly be a draw for House of the Dragon, especially the intense Battle Action (112) sequences featuring fire-based destruction. The fact that the Targaryens can bend dragons to their will heightens the stakes in their intrafamilial war.

What type of story is Dragon going to tell?
An epic family saga. This series promises to be very Succession-esque, focusing on the Rivalry (114) between Targaryen heirs in their ruthless struggle for Power (147) and Social Status (113) and to impress the current King, desires that ultimately drive the story. Like Game of Thrones, Dragon also leans heavily into the War (134) and History (132) genres, giving it an expansive, legendary feel.