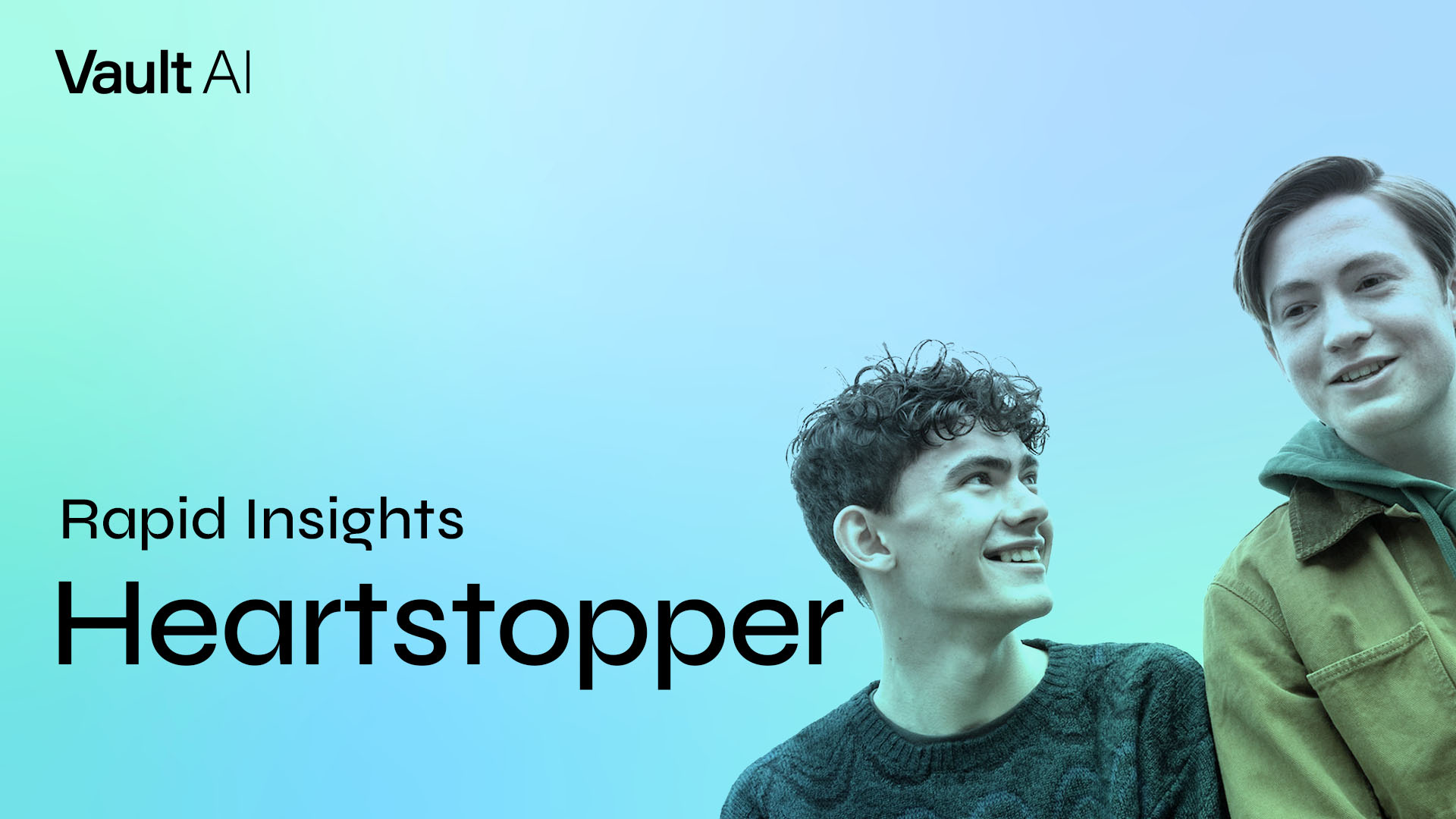 Netflix has achieved yet another breakout hit, this time in the form of a heartwarmingly sweet LGBTQ+ British teen rom-com. Released back in April, the series has shown considerable staying power, building on viewers’ positive word-of-mouth and touted in the media as one of the best new shows of 2022. Here’s what you need to know about Heartstopper:

What audience has been driving the show’s popularity?
Younger adult women. Although the show follows two teenage boys, Heartstopper viewers are heavily female (71%), with a full quarter made up of women 18-29. Its audience profile is similar to other recent teen-oriented romantic dramas, including Never Have I Ever, The Summer I Turned Pretty, Gossip Girl, and Love, Victor.

Has all the media buzz been accompanied by increased social chatter?
Most definitely. Heartstopper’s has seen a much more sustained level of online activity than the norm, coasting at our max (160) for the entire first month after launch (potentially receiving an extra boost from Pride Month). The show’s social buzz has outstripped more typically-performing comps like Love, Victor, Gossip Girl, and Never Have I Ever, which all saw drop-offs within a week after their initial release.

What has made this show such a breakout hit for Netflix?
Its sweet, heartfelt depiction of budding Teen Romance (160) and the ups and downs of Teen Life (144). The series delves into common high school rom-com tropes from an LGBTQ+ perspective and tells a universally relatable Coming of Age (124) story about finding first love.

What makes this series different from other teen high school romances?
The all-boys British grammar School Setting (160). This fresher and more unusual (to Americans, at least) version of the educational backdrop has made the setting a more central ratings driver than for other teen series like Euphoria, Pen15, and Love, Victor.

Which emotions has Heartstopper tapped into that are generating such praise?
Love (123) and Acceptance (118). The show’s inherent sweetness and positivity, especially around its central LGBTQ+ romance, are what’s creating such strong word-of-mouth; similarly, the Trust (118) and Anticipation (118) surrounding the budding relationship between teens Nick and Charlie play into its likely longevity.