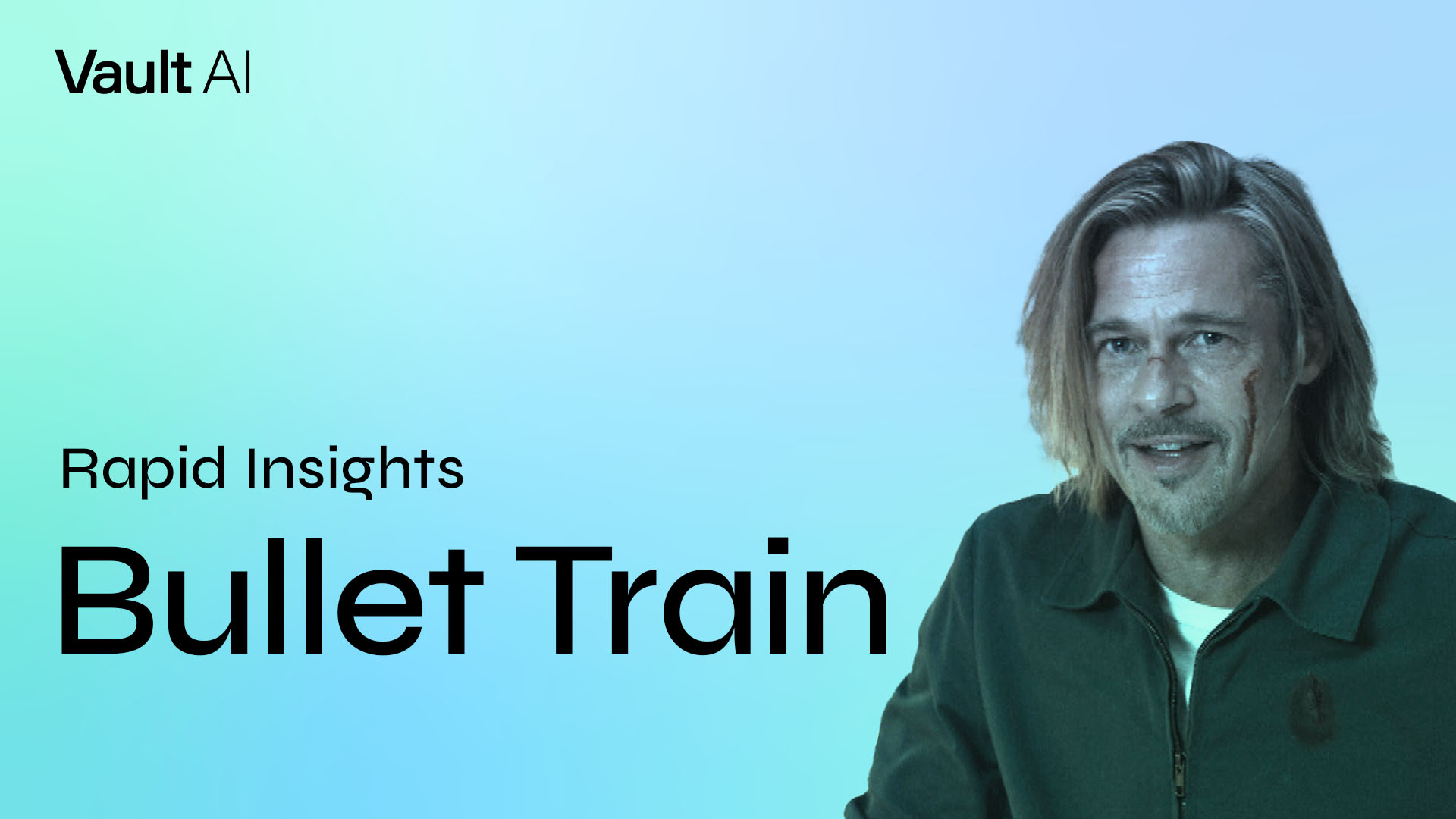 Who will be the main audience for this film?
Older men. Thanks to its mature male star and stylized action, men 30+ are predicted to make up the largest audience segment at 38%. The movie is expected to lean heavily male (62%) and older (62%) overall, creating a demographic profile very similar to Top Gun: Maverick.

How does the movie’s unique setting figure into its potential for success?
It’s one of the biggest selling points. The Japanese Bullet Train Setting (160) both introduces a compelling international backdrop and creates a colorful, thrilling, and even comedic cage for Pitt to escape.

Does the specific mission matter?
Not really. The up-for-grabs briefcase that every assassin in Tokyo has set their eyes on is, at the end of the day, a MacGuffin. But the over-the-top mayhem by Colorful Assassins (160) in pursuit of the briefcase leads to elevated moments of Stylistic Physical Action (160) that moviegoers will crave.

What makes Bullet Train stand out from other action-thrillers?
Its non-stop humor. A barrage of Comedic One-Liners (115), Awkward Moments (111), and Physical Humor (111) represent the top drivers of story freshness. The film blends action beats with a hilarious comedy of errors, mixing in cultural misunderstandings, sarcastic wit, and general absurdity to concoct a memorable genre fusion.

Will Sandra Bullock’s supporting role make an impact?
Yes, but mainly for older women. For them, the camaraderie between Pitt and his remote Partner (110) works especially well. When you factor in that the voice on the other end of the line is none other than the beloved Sandra Bullock coming off The Lost City, women 30+ will have an even bigger reason to come out.